The PDF Board of Directors is pleased to present our 2022 Adjudicators, Naomi Stikeman and Jen Morris!! 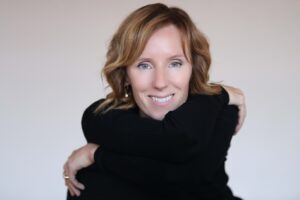 Naomi was honoured to be the Physical Performance Coach for Céline Dion for all demands pertaining to her physical performance – both in Las Vegas and on tour (2018-2021).

Driven to support the next generation of artists, Naomi is the founder of the Las Vegas Performing Arts Initiative (LVPAI); an educational program that connects schools from Nevada and California with celebrated performers, choreographers and directors through educational workshops.

Naomi is passionate about inspiring artists and helping them grow into their full potential. She is grateful for every opportunity to engage and connect with the rising young talent of tomorrow. 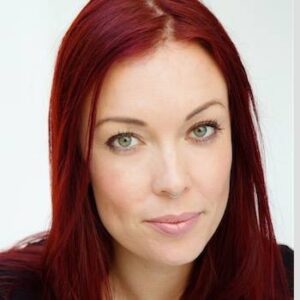 Originally from Southern Ontario, Jen began her teaching career at 15 to support her extensive training in ballet, pointe, jazz, tap, lyrical and musical theatre. Having had the opportunity to train with acclaimed teachers such as Ryan, Fay and Brian Foley, The Bolshoi’s Tatiana Stepanova, and Sandra Nicholson of the Quinte Ballet school, she had the foundation to quickly grow as a recognized choreographer. After graduating from her successes in the competitive dance scene, she got certified with Canadian Dance Masters of America and made the leap from dancer to full time teacher. It is here that her passion for training technically strong dancers took off.  In 2003, Jen made the move across the country after being accepted into the respected acting program at The School for the Contemporary Arts at SFU under the direction of Marc Diamond and Penelope Stella. For the next several years, Jen’s teaching and acting careers worked in tandem as she taught throughout the Lower Mainland while also performing in countless theatre and independent film productions. Notably, Jen performed in PuSH Festival’s The Show Must Go On directed and choreographed by Jérôme Bel,  with Jeremy Waller’s Craning Neck Theatre Company, interned with the award winning Rumble Theatre on top of many more acting credits with the Vancouver Fringe and Magnetic North festivals. Her students soon began winning high score and performance awards with herself receiving numerous choreography awards. It was at this time she made the decision to focus her career on her love of dance.

Now, with over 20 years of teaching under her belt, Jen has had the great honour to train, mentor and inspire countless young dancers throughout Ontario, BC and South East Asia. Past students have gone on to perform as both actors and dancers on Broadway, in professional companies throughout Canada, The U.S and Europe, as well as successful teachers and studio owners themselves.  She was invited to Vietnam to train dancers in Ho Chi Minh City, including those featured on SYTYCD Vietnam. In recent years she has become a sought after adjudicator throughout Canada, adding certifications with CDTA and RWID. Jen brings passion and excitement to her classes while striving to instil every student with clean technique, discipline and an ability to trust their work on stage. It is Jen’s conviction that behind every dancer that believes in themselves is a teacher who first believed in them.